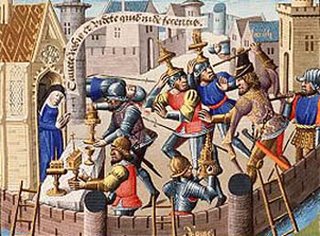 A SLIGHT and rather querulous post of mine last week provided the thin compost from which a truly illuminating crop of comments sprang up. I am deeply grateful to all who contributed – particularly to Daniel Mitsui for articulating so effectively his “Hermeneutic of Recovery” (to coin a phrase) to which I also subscribe, and which makes it possible for me to remain a Roman Catholic while conceding almost all of the points addressed with such devastating effectiveness by Orthodox brethren. I’m provoked to return to it today by the speculations of my friend Tony at The Muniment Room, on the reception the fabled motu proprio is likely to receive at the hands of the English (and not just the English) hierarchy – of which more subsequently.

This whole “Hermeneutic of XYZ” business originates, of course, with that famous address the Holy Father gave to the Roman Curia almost exactly a year ago (I say “famous” in the sense that every Catholic blogger of traditionalist and conservative stripe has been over it with a toothcomb in the intervening year; beyond this and its immediate audience, I suspect it might as well have been played on a dog-whistle). It has been adopted as a kind of “mission statement” by conservative Catholics, something that provides both a key to the upheavals of the recent past, and a modus operandi for the future.

But does it? Almost every post on this blog that deals directly with the crisis in the Church is an exercise in elaborating a single idea – that Catholic belief and Catholic practice have become dangerously bifurcated as a consequence of an unbalanced ecclesiology, the origins of which are to be sought far further back than the Second Vatican Council. The hermeneutic of Continuity sets out to draw things back together by insisting that they were never legitimately loosened, far less separated, in the first place: that the discontinuities actually experienced by real live Catholics – those who approved, those who disapproved and the majority who remain absolutely indifferent because they "follow the Pope" – are the consequence of misunderstandings, misinterpretations, misapplications. In other words, another theoretical apparatus is proposed, to cover practical discontinuities that remain self-evident nevertheless to very nearly every adult in every diocese of the Catholic world.

To return to the burden of Tony’s post, then: this “Hermeneutic of Continuity” - can you touch it? Can you smell it? Can you sing or pray it? Can you make an icon of it? Will it lodge in the imagination of a five-year-old? Will it enable her to grow up understanding why we have to drive past four Catholic churches to attend a Mass thirty miles away?

So long as the answer to any of these questions is “no”, I’m afraid it’s of absolutely no earthly use.
Posted by Anagnostis at Monday, December 11, 2006

The "hermeneuts of continutity" make a good case, but for fools like me it seems like an extremely convoluted mess of post hoc porridge. (e.g., Was Honorius a heretic or not?) It now appears to require a doctorate in modernist analytical 'philosophy' to be a Catholic. The sheer weight of the intellectual apparatus-of-continuity is astonishing, a true wonder to behold. But is this the cross we are to carry?

Might the byzantine intricacies of continuity explain the large mass of the indifferent, the ultramontane, and the Corinthianite? I don't know.

Also, I'm still not entirely clear what Roman Catholic position there is other than the hermeneut. What exactly is the (non-SPX) traditionalist narrative one tells his daughter as he drives by the Corinthianite parish?

Regardless, the deformalization continues apace. Can there be human civilization without ritualized forms? Is it that we are becoming formless or are we taking on new forms?

Again, I agree that the hermeneutists have a good argument. I may just not be clever or virtuous enough to understand it. However, I think that an Orthodox Englishman driving past the Anglican Cathedral and the Roman Catholic parish to the ROCOR parish is going to have to tell his daughter a story similar to that told by the traditionalist Catholic. In any event, such a man's daughter will definitely grow up with more than the mere smattering of history that us post-traditionalists get. There must be some virtue in that!

You make an interesting point - we'll see how that one plays out.

Yesterday, I stuck my head in at a local church and caught the tail end of a Novus Ordo. I don't care what it says in the Compendium - it looks, sounds and feels like a completely different religion to me, and one the congregation appeared to be perfectly happy with. As for kneeling quietly in the pew while applying the Hermeneutic of Continuity - well,

I wonder if you would have the same reaction had you stuck your head into the Novus Ordo Mass at, say, Solesmes, or at a Carthusian Rite Mass, which is pretty darn close to the Novus Ordo (text-wise, at any rate).

I see what you mean, Alcuin. You have to be careful where you take your Hermeneutic of Continuity; it might work, or it might not.

Depending on where you go.

The hermeneutic of continuity is not what he proposes for your personal faith life, but for the theologians and bishops who will be influential in interpreting and applying the council documents. They are the ones who proposed the rupture in the first place, and so the hermeneutic of continuity is to be the proper view by which an interpretation in continuity with the tradition may be advanced. You can't make an icon of traditionalism either -- one must be immersed in the tradition, but one has to encounter the tradition first. Neither can one find an icon of conuity, but where continuity exists, one will find icons, and a solemn high mass.

I've replied to this post and the comments at my own blog.

A graphic novel which may interest visitors to your blog is available from:

'The Least Among Us' explores the response of the Church to suffering in itself and a preview is available at: http://www.all-creatures.org/fol/ann-theleast.html

Whilst the book challenges certain attitudes and dogma it remains a Catholic (if underground) comic. 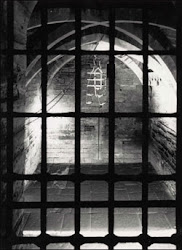 Thoughts of a dry brain in a dry season.